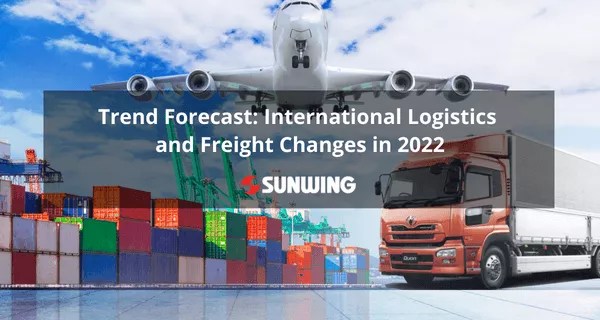 Falling export volumes, alternating low and high seasons, and the impact of inflation on consumer demand have led to lower global logistics prices – although they are still very high compared to pre-pandemic times.

In this blog, Sunwing reflect on the international logistics from the forecast of the ocean freight market and the air freight market, respectively.

Freight rates fell 6% to $6,159/FEU in July, driven by lower rates on the Asia-U.S. West Coast and Europe routes. The rate of decline was 39% lower than the previous year’s level, but still the pre-pandemic normal level of more than 4 times.

Sea freight rates from Asia to the U.S. West Coast have fallen 13% since the end of June to $6,593/FEU. They have reached a record low since early May 2021. The rate was 55% lower than at the start of the year and 64% lower than last July’s level.

In dollar terms, the rate of decline in ocean freight rates slowed in July compared with May and June but was still more than four times higher than pre-pandemic levels.

The past few years have been volatile for shippers around the world. When the pandemic began in 2020, consumer demand soared in the summer, and shippers tried to hedge against the sharply lower rates through capacity management.

Two years have passed since the supply chain crisis. For a complete picture of the increase in freight costs in 2022, see the table below: 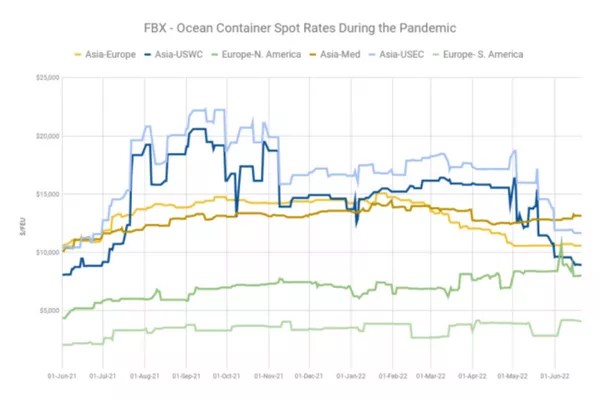 Prices from China to the U.S. West Coast fell 15% last month but are still about double their pre-pandemic normal, Freightos data shows. Meanwhile, prices from Europe to the U.S. East Coast are 28% lower than they were a year ago, but combined with fuel costs and labor shortages; they are still about 50% higher than normal. 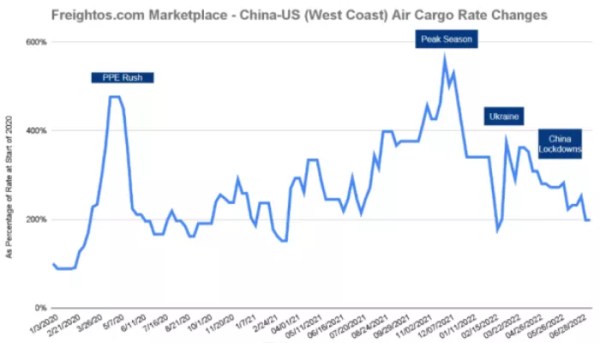 U.S. diesel prices have risen sharply from last year and are likely to continue higher as the U.S. imposes sanctions on Russia, the world’s third-largest oil producer. These costs may also be passed on to shippers, affecting the international logistics status.

All of the above factors may cause fluctuations in the transit time of imported and exported goods.

The good news is that Sunwing can analyze the international logistics and provide consulting. Our team can help customers choose the shipping method; customers can also give us their logistics provider, and we guarantee the delivery time. So contact us for further service.

Get A Quote for Ur Business

Get A Wall Plants Quote

Get A Wholesale Catalog for Business

Get A Free Sample for Business